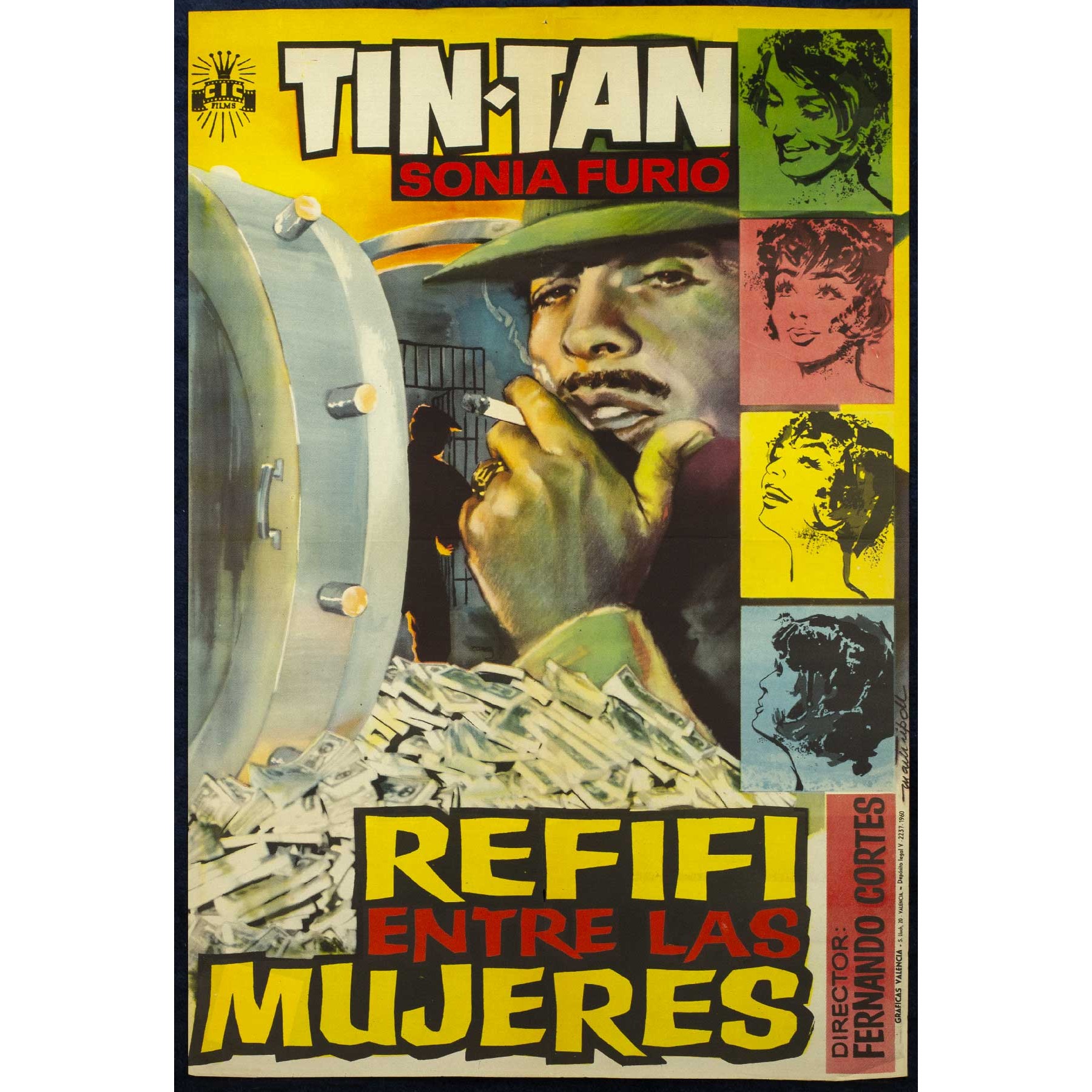 A Mexican comedy film directed by Fernando Cortés in 1958 with Germán Valdés Tin Tan, Sonia Furió and Marcelo Chávez. The title refers to a popular French film of the time ("Du Rifí chez les hommes") that narrated an assault, although in reality there is no direct parody nor is there a similar plotline.

The film is characterized by its "hidden camera" editing. Tin Tan appears as a reporter who wants to work for a certain movie newscast, commits some indiscretions at a party hosted by the newscast producer, and ruins this man's daughter's wedding to another guy. 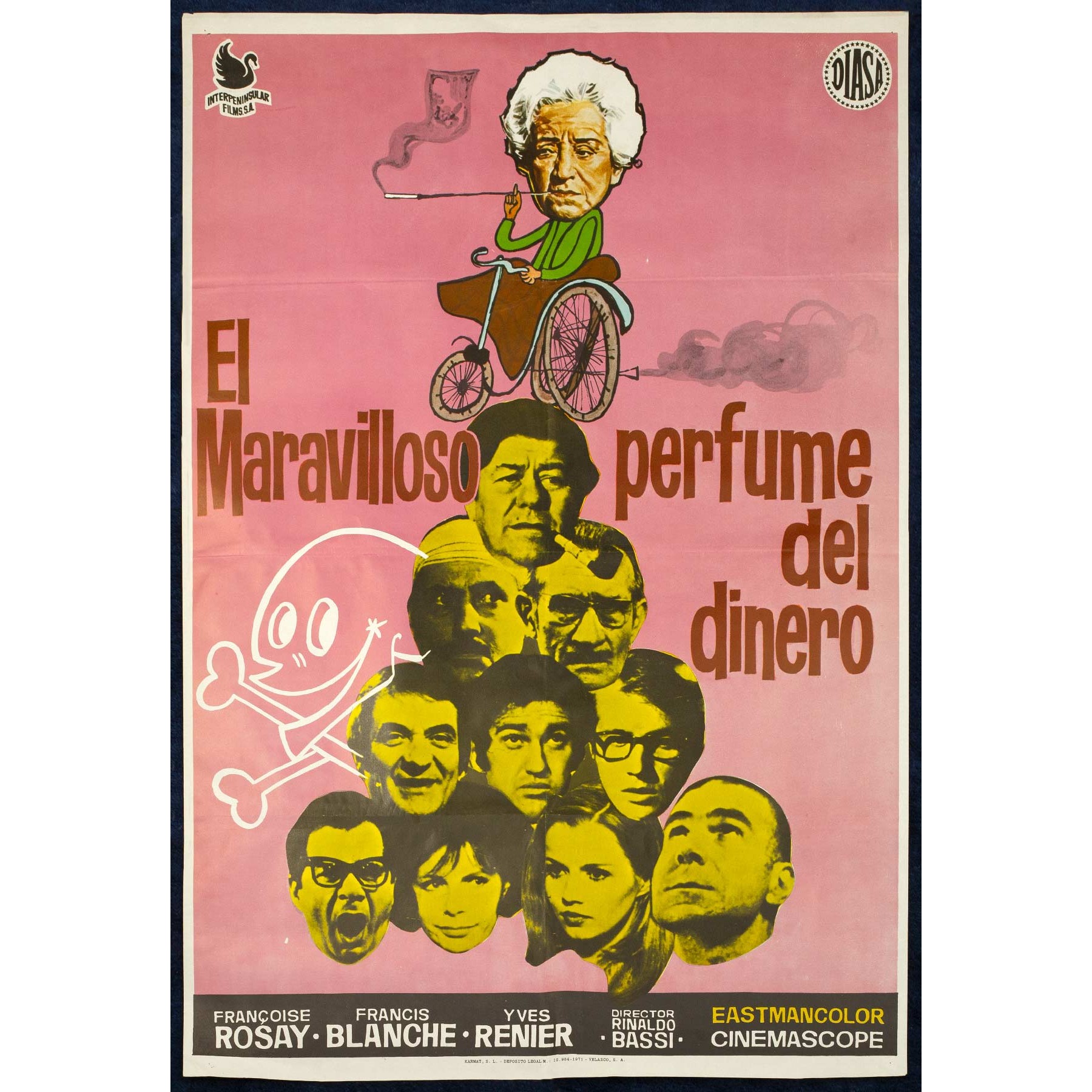 O.PO.102
€206.61
Celos a la italiana or “Il magnifico cornuto” is a 1964 Italian comedy, directed by Antonio Pietrangeli, starring Claudia Cardinale for Maria and Ugo Tognazzi, for Andrea. Andrea begins to have doubts about the loyalty of his beautiful wife, obsessing and turns crazy to the point he stalks her relentlessly. O.PO.105
€82.64
Black Tights (1-2-3-4 ou Les Collants noirs) is a 1961 French anthology film featuring four ballet segments shot in Technirama and directed by Terence Young. The film is also known as Un deux trois quatre! show abridged versions of ballets created for the stage by the dancer and choreographer Roland Petit, who appears in three of the four sequences along... 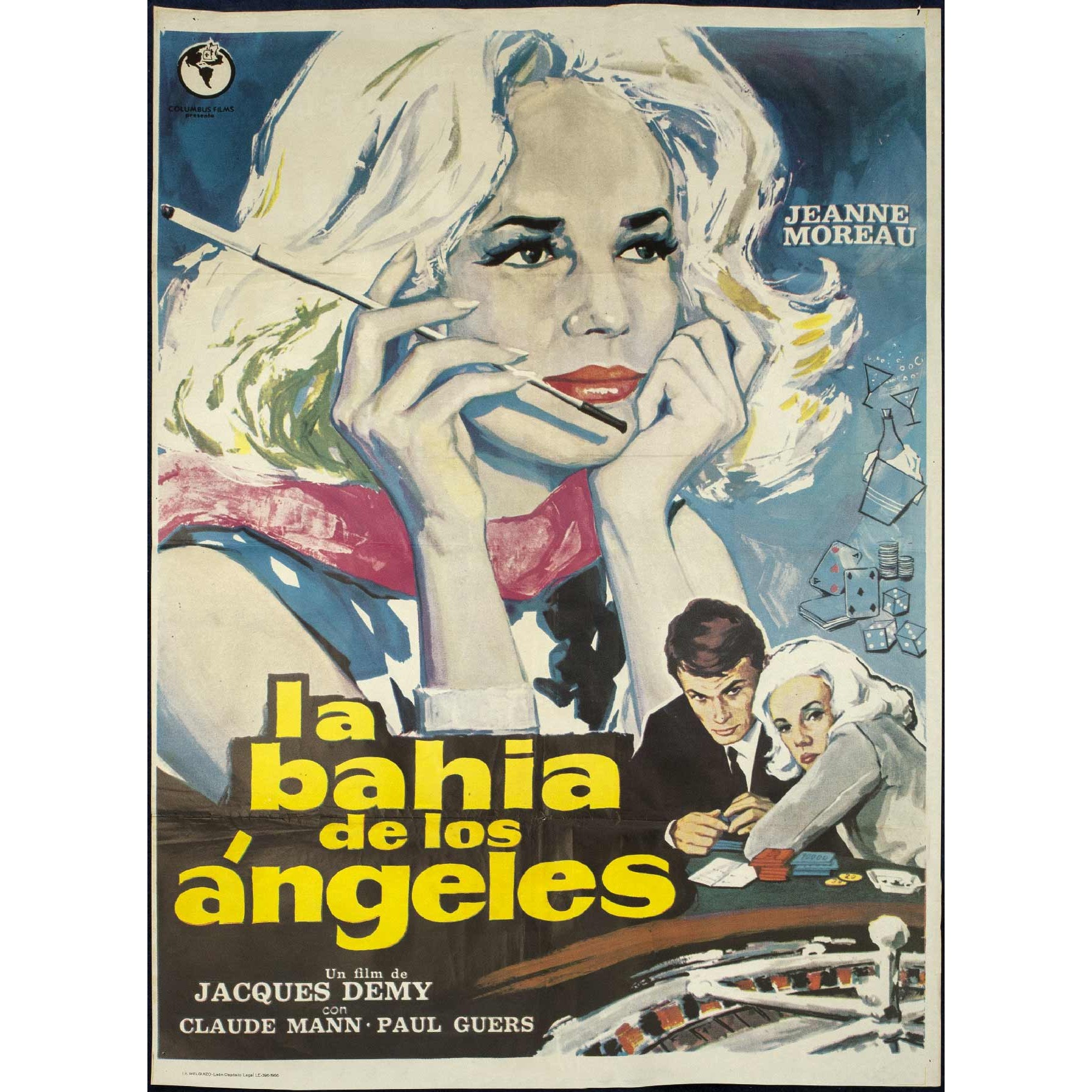 O.PO.109
€198.35
French romantic drama from four-time Oscar-nominee director Jacques Demy. His second film (1963) and the last that he would shoot in black and white leads the cast of a visually stunning film that portrays like few others the love and obsession with the mythical Jeanne Moureay (Jackie Demaistre) and the brilliant Claude Mann (Jean Fournier ). The film... 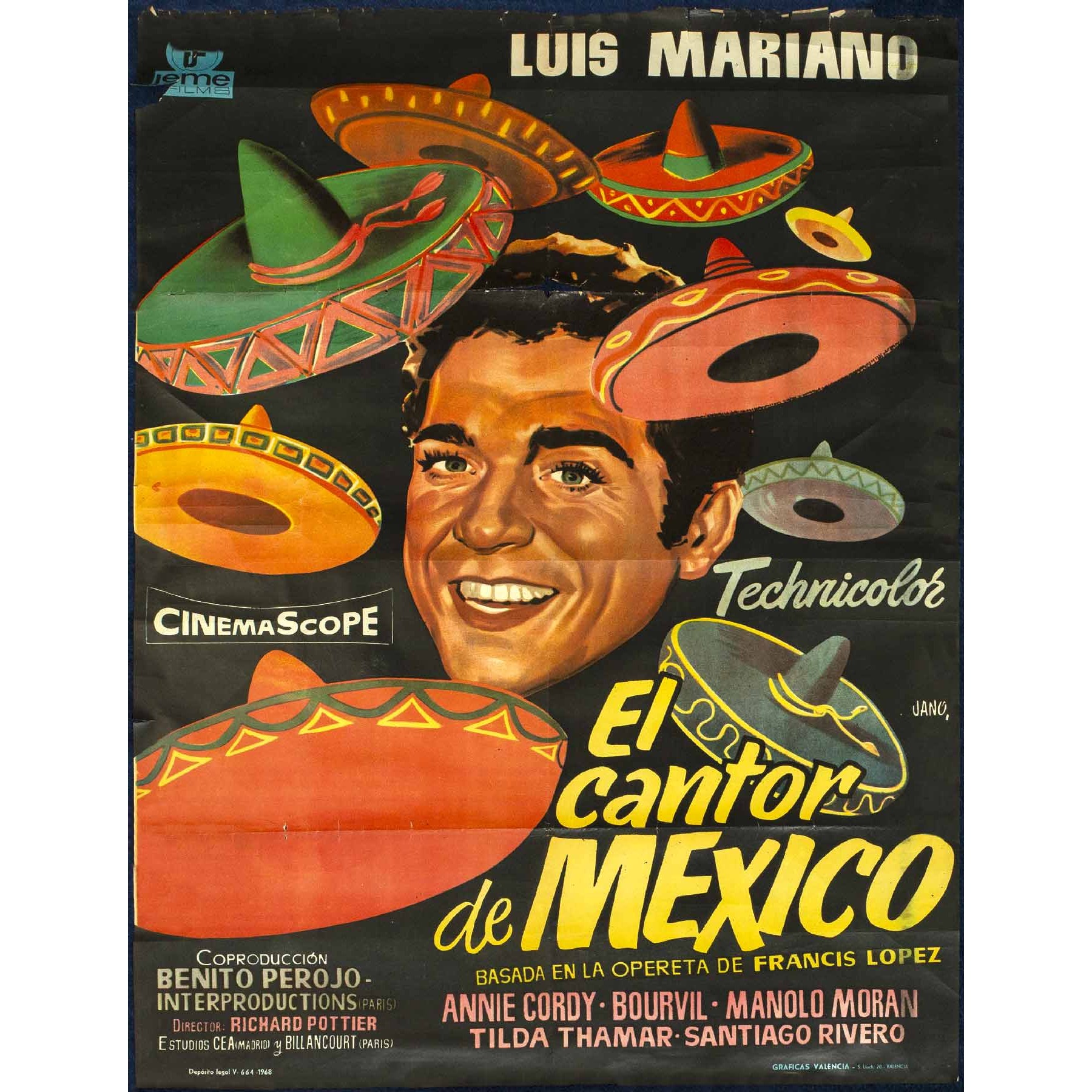 O.PO.118
€123.97
El Cantor de México is a French film in co-production with Spain directed by Richard Pottier released in 1956. This musical comedy is based on the French opera by Francis López. The film features actors such as Luis Mariano and the great French comedian, Bouvil. During some popular festivals, a businessman hears Vicente (Luis) sing. He ends up moving to... 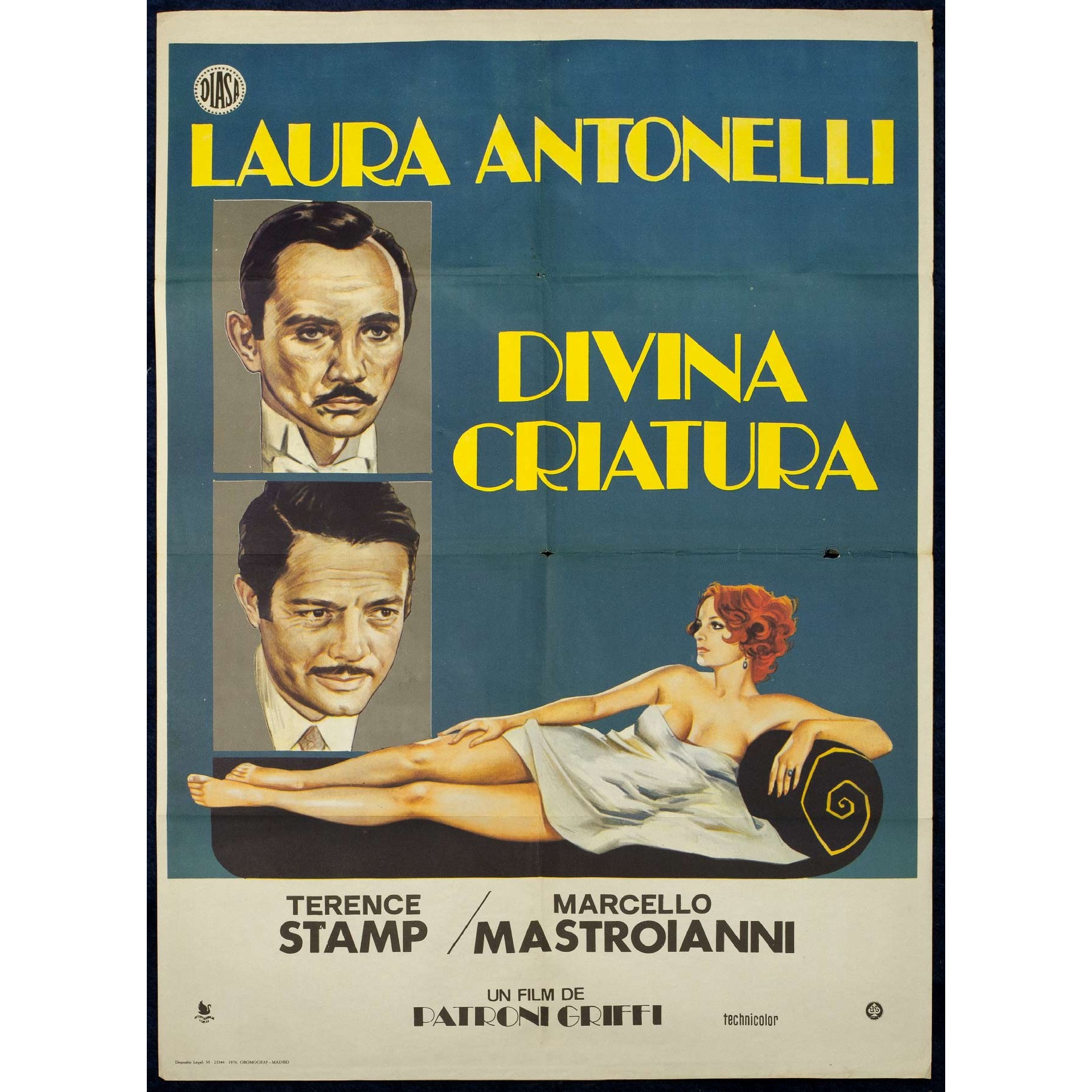 O.PO.104
€41.32
An Italian drama film set in the roaring twenties, directed by Giuseppe Patroni Griffi in 1975. Known for its psychological depth and portrayal of the decadent Italian aristocracy, it features an all-star cast with the playboy cousins (Marcello Mastroianni, Terence Stamp) who enter a dangerous love triangle with a sensuous beauty (Laura Antonelli) in... 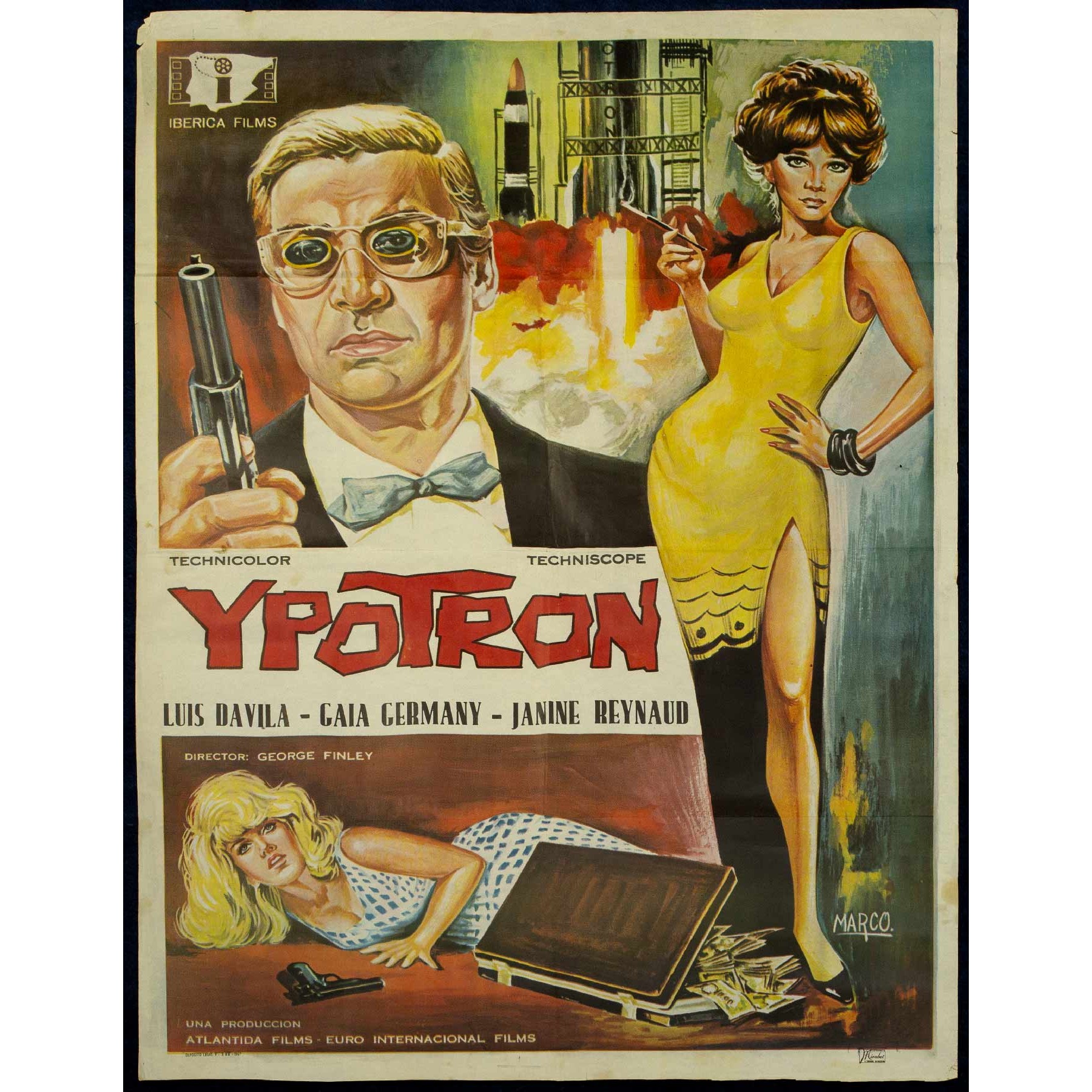 O.PO.114
€82.64
Europsy movie from the sixties released in 1966, directed by George Finley. The colorful sci-pop film stars Luis Dávila as Lemmy Logan, Gaia Germani as Jeanne Morrow, and Janine Reynaud as Carol. “The first space weapon” is treated to an entertaining music score by Nico Fidenco and the swinging theme song performed by The Sorrows. 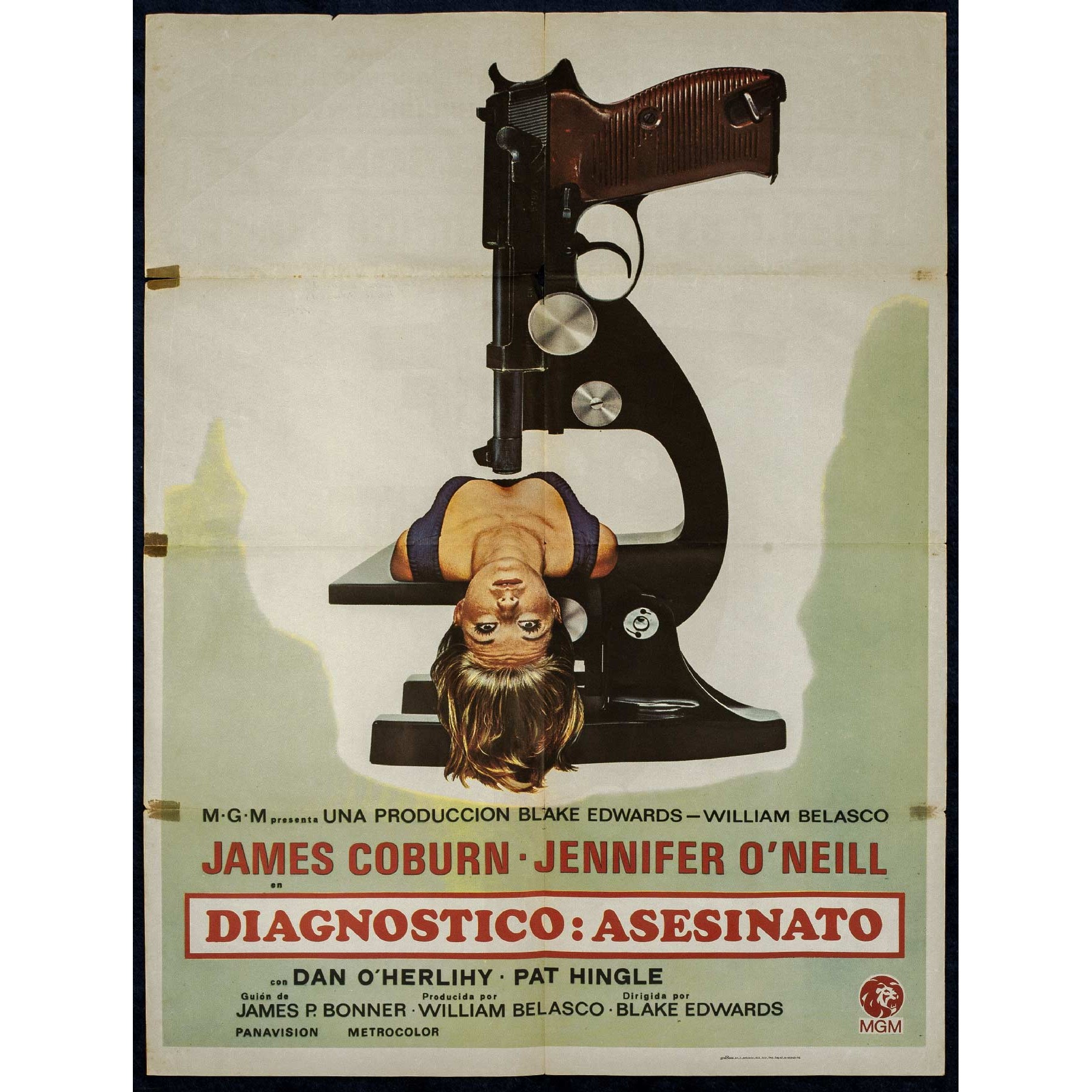 O.PO.112
€82.64
Diagnosis: Murder is a 1972 American film directed by Blake Edwards, based on  Michael Crichton's novel A Case of Need (1969). This popular crime drama stars the extraordinary James Coburn as Dr Peter Carey and Jennifer O 'Neill as Georgia Hightower. The film has another alternate title by which it is also known: Emergency Ward. 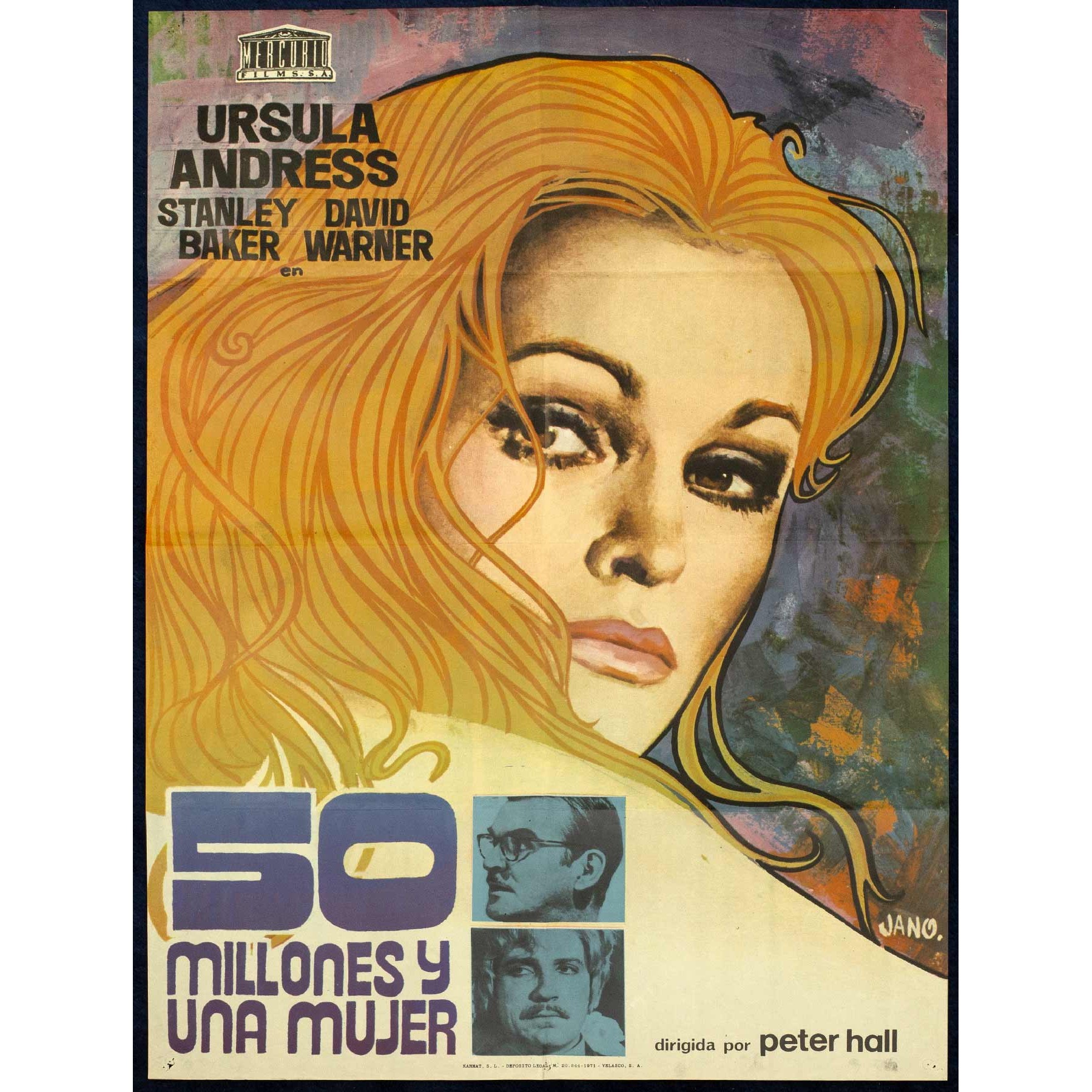 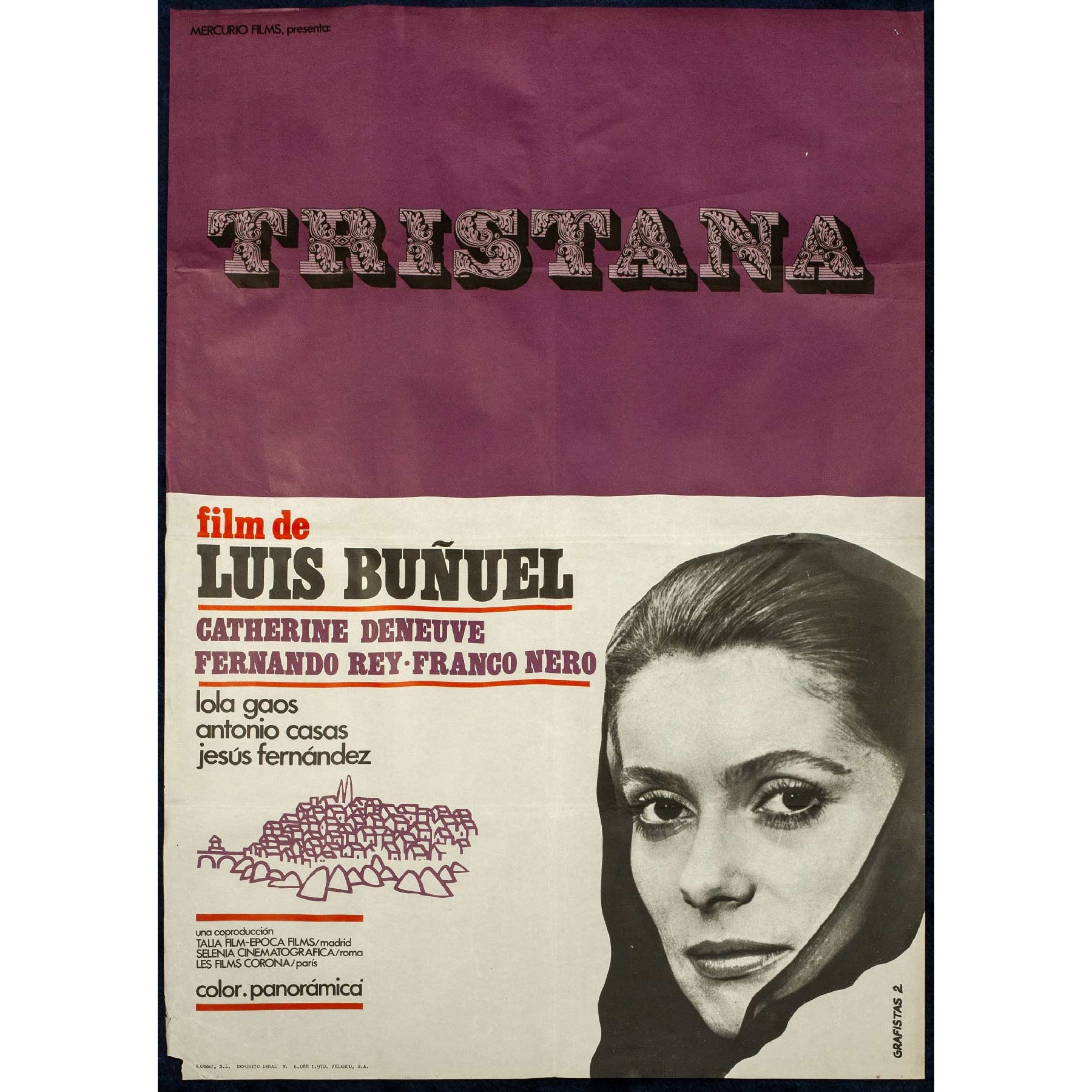 O.PO.111
€206.61
Tristana is a 1970 drama film directed by Luis Buñuel, based on the 1892 novel of the same name by Benito Pérez Galdós. The film set in the late 1920s to early 1930s stars Catherine Deneuve and Fernando Rey and was shot in Toledo, Spain.  The voices of French actress Catherine Deneuve and Italian actor Franco Nero were dubbed into Spanish. Tristana is an... O.PO.115
€41.32
Cebo para una adolescente is a Spanish film directed by Francisco Lara Polop with Ornella Muti, Emilio Gutiérrez Caba, Philippe Leroy, and Lina Canalejas. Released in 1974, this dramatic comedy tells the story of Maribel who finds herself in the middle of a love triangle due to a conflict of interest. O.PO.107
€33.06
The Other Side of Midnight is a novel by American writer Sidney Sheldon published in 1973. The book reached No. 1 on the New York Times Best Seller list. It was made into a 1977 film and followed by a sequel written by Sheldon titled Memories of Midnight. Directed by Charles Jarrott and starring Marie-France Pisier, John Beck, and Susan Sarandon, the... 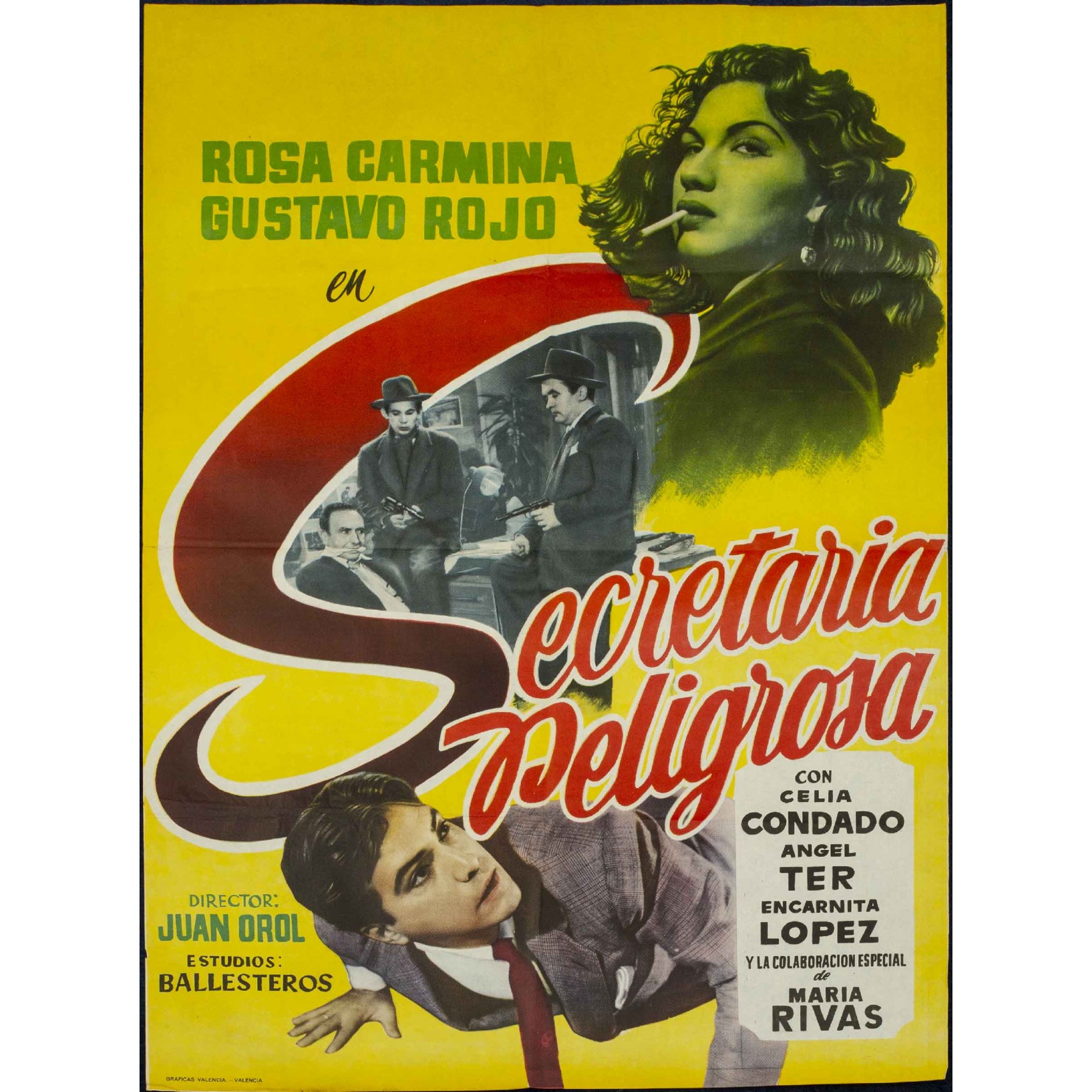 O.PO.116
€123.97
A Spanish black and white film released in 1958, directed by Juan Oriol. It stars Rosa Carmina, Celia Condado, and Encarna López. The mistress of the boss of a gangster gang enters a department store as a secretary to seduce the owner and then rob him with the help of accomplices. 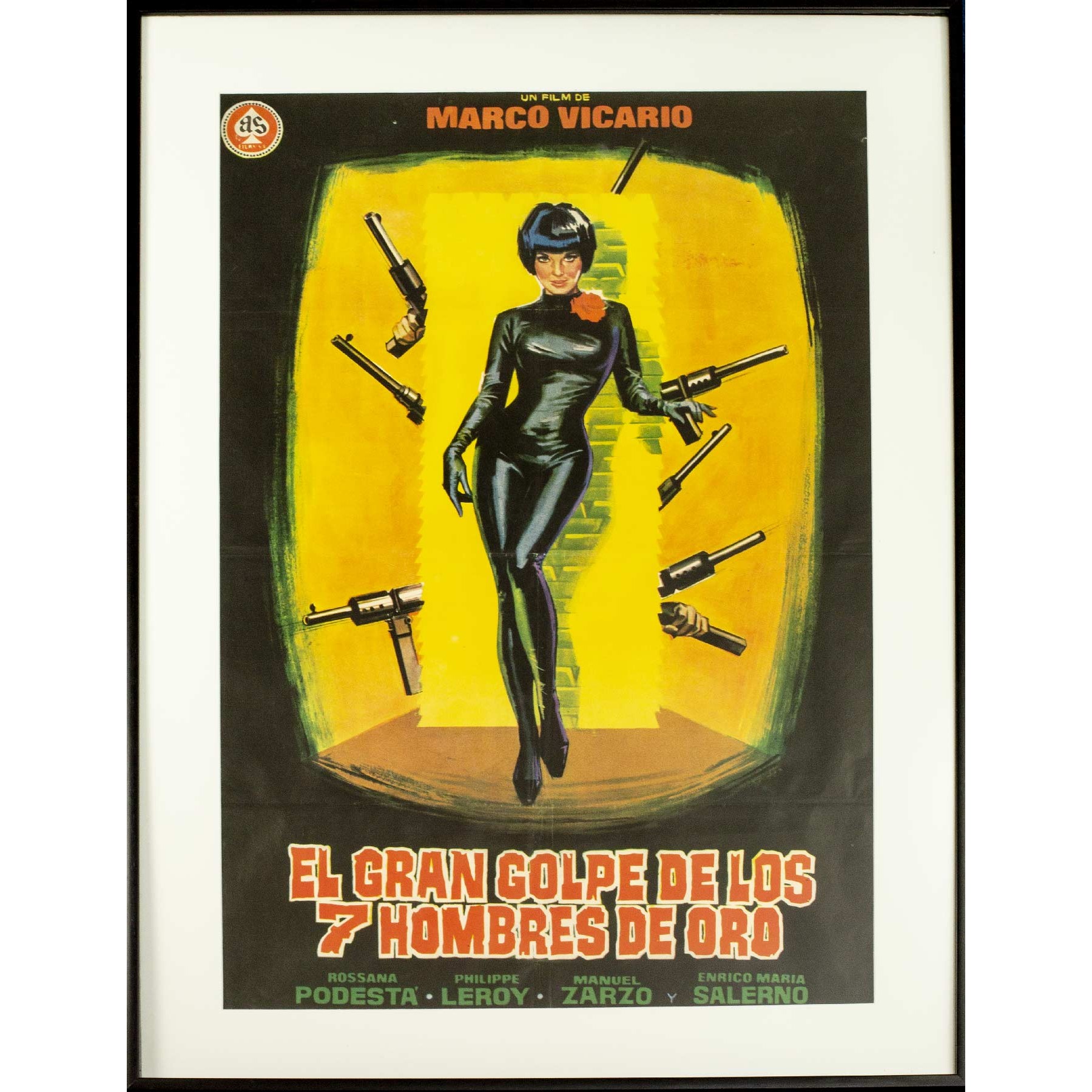 O.PO.119
€107.44
Sequel to The Seven Golden Men. Spanish and Italian co-production, directed by Marco Vicario and starring Rossana Podestá, Philippe Leroy, Manuel Zarzo, and Enrico Maria Salerno. This 1996 comedy tells the story of how seven men are caught trying to rob a central bank of Rome and taken by force by the US embassy, they will be forced to participate in a... 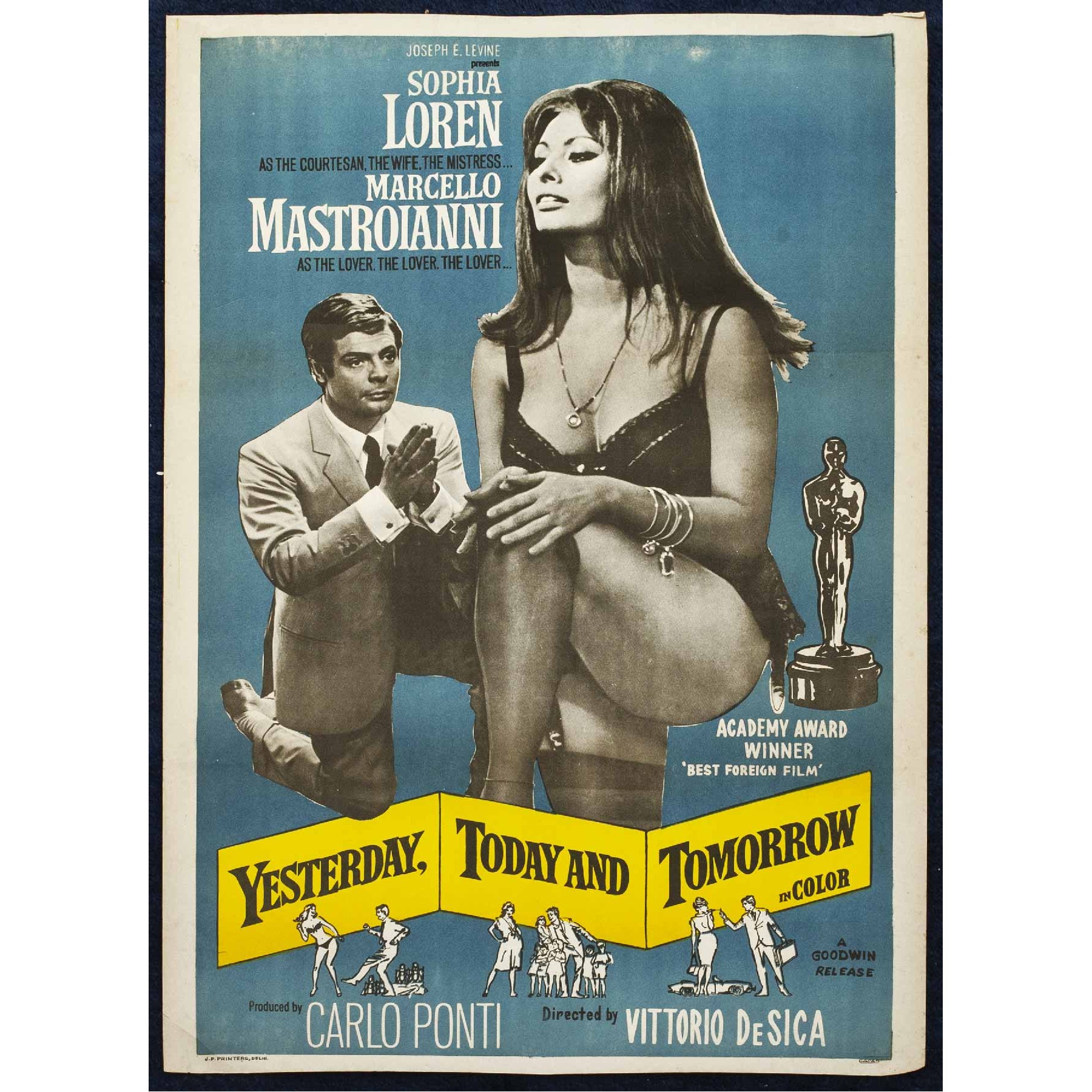 Out of Stock
Cinema

O.PO.100
€107.44
Yesterday, Today and Tomorrow is a 1963 comedy film directed by Italian director Vittorio de Sica starring Sophia Loren and Marcello Mastroianni. The film consists of three short stories about couples in different parts of Italy. The blockbuster hit is the first of three films directed by De Sica that stars the highly successful couple. The vintage...
View Out of Stock
Cinema

O.PO.110
€33.06
Mas Veloz Que el Viento (1968) is a French-Italian movie directed by Alex Joffé, staring Bourvil, Robert Hirsch, Gianni Bonagura, and Michel de Re. In the movie, Duroc, the protagonist creates a revolutionary bicycle that he wants to use in the Paris-San Remo, the first great cycling competition of the century.
View
Tap to zoom